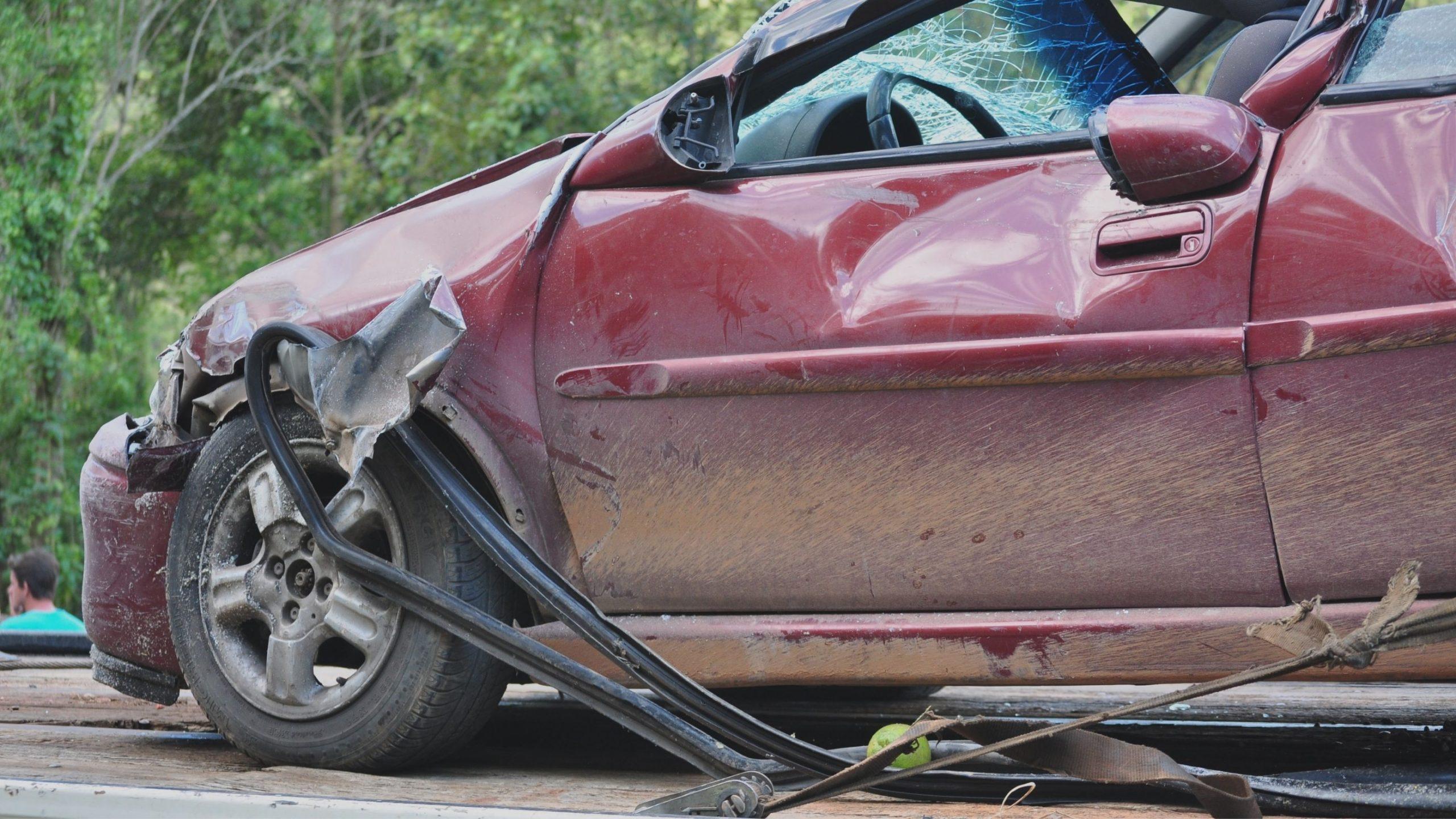 None of us would ever wish to encounter road mishaps and cause harm to others and ourselves. But the very nature of the accident is that it always gets us caught unprepared. Sometimes it leaves everyone clueless about how the horrific tragedy has ever struck all of a sudden. That’s precisely what happened over ten years ago when Diane Schuler made national headlines for a fatal crash that claimed her life and the lives of seven others. To this day, police and court authorities would cite this controversial case to solve the mysteries of similar accidents.

But what triggered such a tragedy, and what can we learn from it? Like other unfortunate incidents, this one went through a complex investigation where the whole scenario had to be reconstructed by an expert to determine the cause or what factors resulted in a crash. This procedure follows a standard protocol to resolve the case and bring forth justice. Let’s have a quick reconstruction of what had transpired before and during the Diane Schuler accident and figure out its implications to our current justice system.

Who is Diane Schuler?

Her associates described Ms. Diane Schuler as a warm and capable executive for Cablevision for more than a decade. She lived in West Babylon, New York, and was a working mother with two sons. Her neighbours shared that she was always lovely and friendly. She was beautiful inside and out for those who had known her.

As a child, Ms. Schuler grew up as Diane E. Hance with a Catholic background in Floral Park, a lovely Nassau Country suburb where her family stayed for years. She had a passion for soccer and even pursued this sport at Sewanhaka Central High School throughout the 1990s, and some of her memories remain in this institution.

This typical yet outgoing woman married Daniel Schuler, an avid outdoorsman. They had a happy marriage, and Ms. Schuler made her mark in corporate accounting at Cablevision. Her husband eventually became a public safety officer for the Nassau County Police Department and earned $43,000 a year.

The couple had made enough fortune from their career to buy a beige vinyl-sided house in West Babylon in 2003 for $340,000. Their neighbours recalled how pleasant the two were. Ms. Schuler was described as attentive to the children. She was a lovely lady, a responsible mom, and always friendly, as shared by a family friend.

Based on their neighbors’ accounts, the couple did not indicate an alcohol problem or severe family issue, especially on Ms. Schuler’s part. There were no reports of domestic incidents at the house in the past few years. In terms of driving record, Ms. Schuler had a clean one, and investigators even noted there’s no reason to believe there were problems in the marriage.

Diane Schuler and her husband, Daniel, camped at a lakefront campground in Sullivan County with their children and three nieces on the weekend of July 25 and 26.

According to investigation reports, nothing seemed strange or unusual with everyone on the trip. Campers who have known the family for years observed no signs of conflict. They were even seen wearing swim tubes and gear as they enjoyed the beach.

But everything had gone drastically awry in the life of Diane Schuler on Sunday, between 9:30 a.m. and 1:30 in that afternoon. She left the campground on that day with all five children in the Ford Windstar owned by her brother. At the same time, her husband left in a gray pickup with their family dog. Police reported that Ms. Schuler drove the children to McDonald’s nearby Liberty for some treats.

Investigators later found out that Ms. Schuler was under the influence of alcohol and marijuana as she drove a minivan 1.7 miles in the wrong direction on the Taconic State Parkway. She collided head-on with a Chevrolet TrailBlazer in one of the worst crashes in the New York region in memory. This tragedy ended her own life and the lives of seven others, including her 2-year-old daughter, her three nieces and three men from another vehicle.

What Happened Hours Before the Crash?

Hours before the fatal tragedy, there might be unfortunate incidents explaining why Ms. Schuler was driving in the wrong way and crashed into another vehicle. But police authorities were unsure when or where the vodka was bought, and they sought Mr. Schuler to investigate the matter, who later denied the accusations.

It was a challenge for investigators to piece together what happened in the hours before the crash and delve more deeply into the emotional and mental state of Ms. Schuler. Before the crash on the Taconic, Ms. Schuler had the last contact at 1:02 p.m. with her brother at his home. Investigators assumed that she was on the Westchester side of the Tappan Zee Bridge as her niece got on the phone and said she could see a sign for Tarrytown. The cellphone used was found later near the bridge’s toll plaza.

Mr. Hance asked Ms. Schuler to stop and wait for him during the conversation, but she denied and kept driving, heading north, away from her home on Long Island. This was the last call as twenty-five minutes later, the fatal crash took her own life and seven others, including three people in the Chevy TrailBlazer. Ms. Schuler’s 5-year-old son, Bryan, was the only child to survive.

When interviewed, Ms. Schuler’s family, including Warren and Jackie Hance, the parents of her three nieces, couldn’t believe what happened. They were shocked by the tragedy and what the toxicology report revealed. The accident claimed the lives of four children, including her daughter and three nieces.

The Statements from the Victims’ Relatives

It was not easy for the families of both sides to accept the catastrophe, but the consequences were irreversible. For the relatives of those three guys in Chevy TrailBlazers, they could not believe that nobody in Ms. Schuler’s family had known about her drug or alcohol abuse. They met with the Westchester County district attorney and were told that there was an indication of criminality surrounding the collision. As a response, they considered filing a lawsuit and hoped that anyone who knew about the alcohol use would have to pay for the damages.

In a statement, the victims’ relatives said that it’s inconceivable that nobody in the deceased driver’s family knew about the drinking problem or drug problem. They argued that any person aware of Ms. Schuler’s drinking should be held liable in some respects. But it was denied by Mr. Hance and her wife that Ms. Schuler was impaired by alcohol that day, saying that they would not have allowed their daughters to travel with someone who’s intoxicated.

What Do Police Reports Say?

According to police reports, there was no account from Mr. Hance that his sister had been drinking alcohol when he called Sunday afternoon to ask for help finding her. But he recounted that his sister called him to say she was unaware of where they were heading and was having trouble in her vision. Based on toxicology results, Ms. Schuler had a blood-alcohol level of 0.19 percent and some chemicals found in marijuana. There was a broken vodka bottle discovered under a seat in the minivan.

On the day of the crash, some witnesses saw a minivan of Ms. Schuler travelling east on Route 17 and south on the New York State Thruway. It was moving erratically and aggressively, they shared. The vehicle was straddling lanes, tailgating cars, and honking at other drivers.

Meanwhile, following the accident, the police had tried to reach Ms. Schuler’s husband, who had consistently denied that she used alcohol or drugs excessively. He defended his late wife and called for further investigation into other possible causes for the erratic driving. An independent investigator hired by the Schuler family obtained DNA testing and toxicology testing and confirmed the original results.

Who Was Held Legally Accountable?

The crash was ruled a homicide soon after because the victims were killed due to Ms. Schuler’s negligent driving, regardless of the toxicology findings. This report came from a Westchester County medical examiner. Eventually, the District Attorney also said that no charges would be filed because Schuler was the only person responsible for the deaths. Since Ms. Schuler died, the charges also died with her.

Why is Accident Reconstruction Important?

As you can draw from the preceding story of the Diane Schuler Accident, a reconstruction of events is essential to determine the cause of the tragedy. In essence, accident reconstruction is a branch of causation forensics that involves knowing how and why an accident happened. This is performed by accurately interpreting the clues left by the remaining physical evidence of the accident and then reconstructing and studying the preceding, during, and following the accident.

In practice, accident reconstructionists work in reverse, documenting and studying evidence at the scene to conclude the cause and how the accident unfolded. Through the systematic reconstruction, a host of factors may be revealed, including:

Reconstructionists may submit written reports or develop 3D models to demonstrate the accident. These data often make compelling evidence in accident claims that proceed to trial. It serves as a valuable reference and procedure in discovering what you, the lawyer, and a jury would need to know about the accident.

When to Hire An Accident Reconstructionist?

Accidents would often result in legal disputes, especially when the victims are seeking claims. In this case, the reports, testimony, and animations from reconstruction experts would help resolve disputes concerning the cause of the catastrophe. Many lawyers would recommend hiring these professionals to aid in accident cases involving complex issues or contested liability.

There are several ways an accident reconstructionist may be able to help with your claim. Among the most common are the following:

By working with an accident reconstructionist, you can also safeguard your right to compensation if there’s a question of liability. Findings by this expert can support your claim against the liable parties, which will increase your chances of recovering full damages. Check out other articles for your guidance.

Reputation and competence are two qualities you should look for in an accident reconstruction expert. But the truth is, not all professionals out there would offer you these things – some are only good at promises. Therefore, you should carefully evaluate the company’s credentials that you want to work with. One of the best teams, so far, is Roar Engineering.

We offer the most reliable reconstruction services for various types of accidents, such as those involving commercial vehicles, recreational vehicles, and motor vehicles, among others. All pieces of evidence are validated by event data recorders, ECU data, and the latest versions of computer reconstruction and simulation programs. You can rely on our technical knowledge and experience in reconstructing crashes and complete detailed diagrams of the accident site.

If you currently need some help identifying the cause of an accident that involves a question of liability, don’t hesitate to get in touch with us directly through our website. We would be glad to offer competent Accident Reconstruction services to help win your claim.