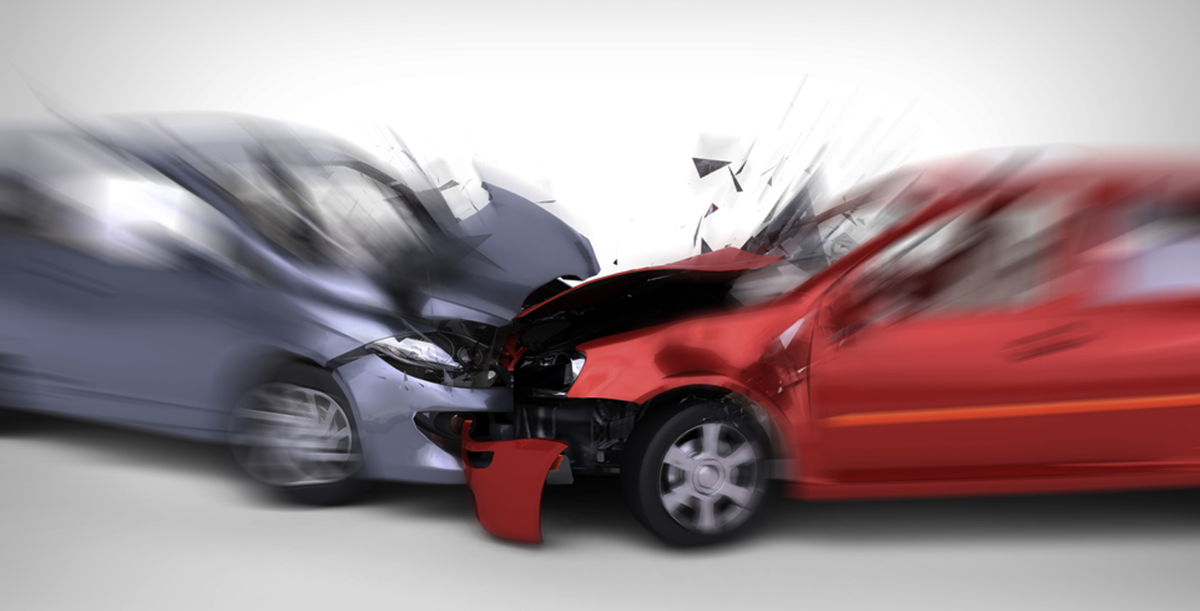 How is Severity Measured in a Car Crash?

When I discuss my job with friends and family, they often have the impression that the severity of a collision is always proportional to how fast you were going at impact…. that’s not really the whole picture.

C – You’re travelling in your car at 80 km/h and you strike another car, of the same weight as your car, head-on at 80 km/h.

D – You’re travelling in your car at 80 km/h and you strike a rigid immoveable barrier (for example, a bridge abutment) at 80 km/h.

In this example, the severity between the two scenarios is actually the same! For a proof of concept, these two scenarios were tested and compared in the popular show Mythbusters. The results of their crashes are shown below, showing similar damage resulting from two similar vehicles crashing head-on at 80 km/h, and a single vehicle striking a rigid immovable barrier at 80 km/h.

Knowing this, let’s explore Scenario A once again (the obvious example before), with the cardboard box and the parked car. As a result of striking the cardboard box, the car would likely not slow down at all, and the speed change would likely be negligible (less than 1 km/h). Striking the car in Scenario B on the other hand would result in a significant speed change (likely somewhere between 15 and 35 km/h, depending on the weights of the involved vehicles). Accordingly, collision severity corresponds with speed change.

The speed change experienced by each vehicle is perhaps the most useful parameters a collision investigator can know, as the impact speeds can often be calculated directly from this value. Fortunately, the severity of the collision can be determined by an experienced investigator by comparing the extent of the damage with relevant crash tests (either vehicle to vehicle, or vehicle to barrier); this process is typically known as performing a “crush analysis”. In addition, vehicles are now commonly equipped with event data recorders (i.e. “black boxes”), which provide the speed change experienced by the vehicle during a collision.

When you read through a collision reconstruction report, you will likely come across the term speed change, or delta-V. If you do, take note of the speed change described for each of the involved vehicles, and make a visual comparison with the damage for each vehicle. You will see that with higher speed changes, the damage to the vehicle looks more severe overall. Going forward, hopefully you will have a better understanding of what speed change represents, how it relates to collision severity, and will have a better appreciation of the importance of this parameter.