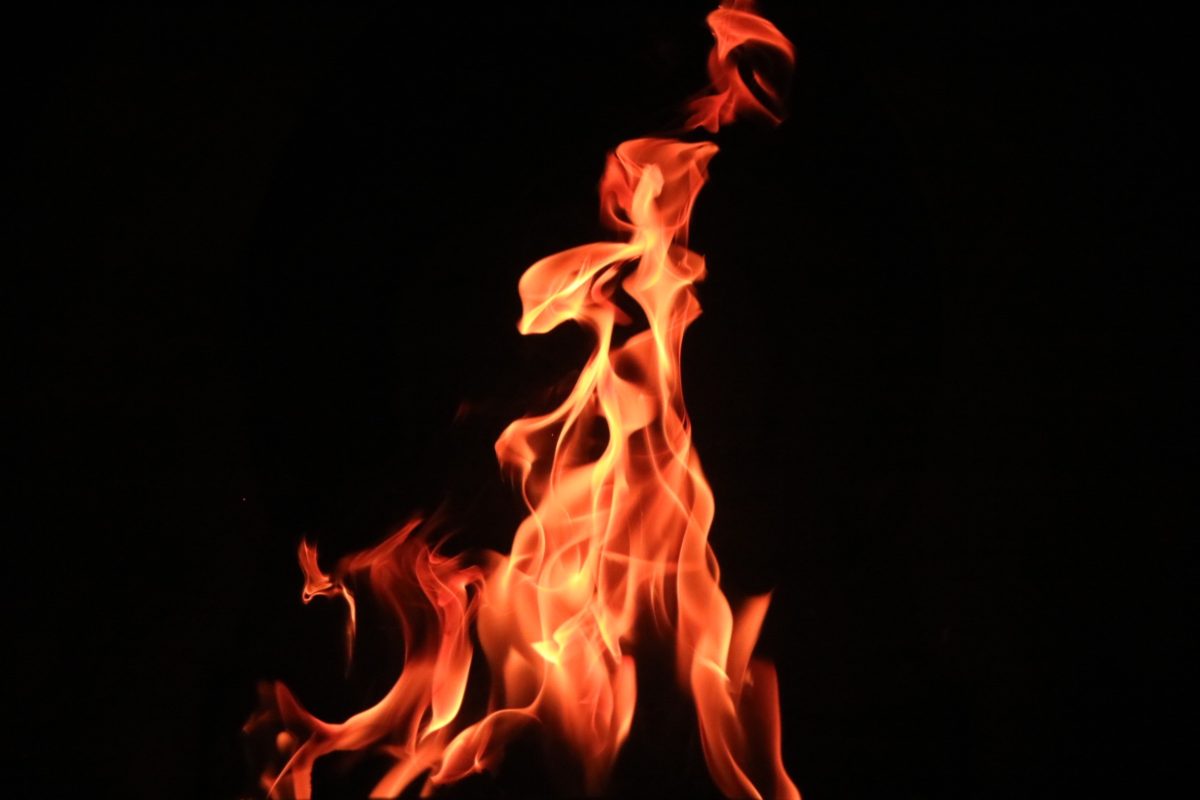 I have conducted several fire investigations involving high-intensity discharge (HID) lighting—such as found in parking lots, sporting facilities, grow-ops, warehouses, and commercial and industrial buildings—and there exists a common theme in these losses: ignorance. After a loss, owners and operators of these lighting systems are often found to be completely in the dark about the maintenance requirements or risks associated with HID lighting. This article is intended to shed some light on the subject.

Whereas other avenues of education around these systems have fallen short and regulators haven’t removed the subject products from the market, I put that insurers could survey their clients to determine if these systems are in use at insured premises, disseminate relevant safety information, and/or impose requirements that could prevent HID fires.

Although LED lighting systems will certainly outpace or replace HID systems for many applications, plenty of HID systems remain in use and the potential for fire-causing failures will persist for years to come. Moreover, many of these systems will have been installed before regulatory changes that increased safety (discussed below).

Cousin to low-intensity fluorescent lighting systems, HID systems are characterized by the striking and maintaining of an electrical arc to produce light directly, requiring an electrical ballast to achieve this. Of the high-pressure sodium, mercury vapour, and metal-halide (MH) types, metal-halide lamps[1] represent the greatest hazard and are the subject of the remainder of this article.

MH lamps typically have a fused quartz arc tube that contains the arc formed between two tungsten electrodes. The arc tube is housed inside of a glass bulb that absorbs ultraviolet radiation and prevents contamination.

An MH lamp resembles an oversized incandescent light bulb and I hypothesize that this familiar form may be a factor in users failing to seek information and misperceiving the hazards inherent in HID lighting. Unlike incandescent lighting bulbs, waiting for HID lamps to “burn out” before replacement is a recipe for disaster.

Published operating temperature and pressure values for MH arc tubes vary widely, with given ranges of 900‑3000°C and 70‑700 psi. Arc tube rupture is a violent (industry euphemism: “non‑passive”) end-of-life failure mode of metal halide lamps and can breach the outer bulb and eject hot arc tube fragments that have as much heat as 10‑20 matches and can ignite combustibles 7‑9 metres below[2].

Luminaire and lamp manufacturers include extensive cautions, warnings, and instructions on their products that indicate how lamps are intended to be used. However, it is evident that relying on these has been insufficient to satisfactorily mitigate the risks involved with unprotected HID products that have a fire-causing failure mode and the prevailing thinking about what constitutes acceptable risk has changed over the years. Namely, regulations and standards have evolved to reduce the risk of fire and remove the onus from the consumer maintenance practices, as outlined below. Unfortunately, these changes don’t benefit preexisting systems.

The stated objective of LSD 25 was to “…provide educational information for the selection, operation, and maintenance of metal halide lighting systems with specific emphasis on those items pertinent to the risks associated with lamp rupture.”

The 2002 edition of the LSD 25 describes arc tube rupture:

“The most likely cause of arc tube rupture of a quartz arc tube is the creation of stresses during lamp life resulting from crystallization within the arc tube body. This phenomenon in quartz is called devitrification. This process, by which some sections of a quartz arc tube become crystalline while adjacent regions remain in the amorphous state, gives rise to regions of different thermal expansion. When regions of different thermal expansion are created within the same quartz arc tube, the quartz becomes weakened and may crack. If a crack propagates through the quartz after the tube has reached full operating wattage where the pressure is between 5‑30 atmospheres, such an arc tube may rupture with enough force to fracture the outer bulb.”

Type‑E lamps have no internal protection against arc tube rupture breaching the outer bulb and are labeled as being only for use in suitably rated enclosed fixtures (i.e., fixtures with lenses or diffusers that act as a containment barrier for fragments of a ruptured lamp).

Note that fires can still occur where lamps are enclosed in luminaires with approved containment barriers, which are allowed to be of combustible thermoplastic construction. The requirements for containment barriers have also evolved over time, again leaving preexisting systems vulnerable.

Type‑S lamps are essentially the same as Type‑E lamps in that they have no internal protection against arc tube rupture breaching the outer bulb, except that they were allowed to be operated in open fixtures if they were operated in strict accordance with the manufacturer’s cautions, warnings, and instructions (i.e., those best practices found in NEMA LSD 25 and discussed below).

Type‑O lamps have an internal cylindrical quartz shroud around the arc tube that is intended to prevent the outer bulb from being breached in the event of an arc tube rupture, as per the containment testing requirements of ANSI Standard C78.387. These lamps are sometimes labeled as protected. The lead wire for the non-base-end electrode is sometimes wrapped around the shroud.

Type‑S lamps were previously considered to be an acceptable risk; however, the relevant requirements changed in the 2005 edition of the American National Electrical Code such that open fixtures (i.e., those without a containment barrier) were required to physically prevent the use of unprotected (Type‑E or Type‑S) lamps. This ability to exclude the wrong lamps was achieved by modifying the design of the open fixture lampholders/sockets and the Edison screw bases and bulb neck shapes of the Type‑O lamps.

The NFPA 70 Report on Proposals – May 2004 offers insight into this code change. Regarding the preexisting allowances for the use of Type‑S lamps in open fixtures at the time, it stated,

“However, there is no assurance that the end user will adhere to these recommendations and guidelines. The potential for the end user to ignore the guidelines is a risk that can be avoided by requiring the application of the latest technology. By requiring the use of containment tested O‑type lamps and lampholders that will only accept O-type lamps, the need to rely on the maintenance practices of the end user to assure safety can be minimized.

Interestingly, of the three votes cast against the proposed Code change, one voter’s comment was,

“This proposal addresses a product standards/product safety issue and should not be addressed by the [electrical] Code. This requirement is not enforceable by the Authority Having Jurisdiction. The lamp that presents a hazard of ejecting hot parts should be removed from the market.”

Standards for new luminaires (Canadian Standards Association C22.2 No. 250 Luminaires/UL 1598 Luminaires) followed suit and were subsequently amended to mandate the use of Type‑O lamps in open luminaires by physically excluding the use of the wrong lamp.

The 2004 and earlier versions of these standards allowed the manufacturer to specify which lamp to use, stating,

The 2006 version refers to the fact that manufacturer’s may intend the use of Type-O lamps, but the standard does not mandate them, stating,

A luminaire employing a metal halide lamp shall be provided with a lamp containment barrier that will contain major particles resulting from a ruptured lamp, unless

(a) The luminaire is intended to be used with a lamp provided with an integral outer lamp envelope. [i.e., Type-O]

(b) The lamp manufacturer does not provide a caution that a lamp containment barrier is required. [i.e., Type-S]

A luminaire employing a metal halide lamp shall be provided with a lamp containment barrier that can contain major particles resulting from a ruptured lamp, unless:

(b) The luminaire is provided with a means that only allows the use of a lamp that is a metal halide Type-O. The luminaire shall be marked with the lamp wattage and an ANSI designation in accordance with Table 20.1.1, Item 3.8. The lamp designation in the marking specified in Item 3.8 shall include “/O” following the lamp ANSI electrical code designation to indicate the need to relamp with a metal halide Type-O lamp (e.g. M155/O).

An informative document regarding Type-O lamps, published by Venture Lighting in 2007, includes the following pertinent statement regarding the insurance industry and metal halide lamps:

An insurance industry report published in March 1998 [IR Information, IM.5.11.2, Industrial Risk Insurers, March 2, 1998], warned against the use of lamps with an “S” designation because they pose a risk of fire and injury. Lamps with the “S” designation do not have [arc tube] containment shrouds.

I would highly recommend that insurers direct their insureds to use Type-O lamps in both open fixtures and enclosed fixtures with plastic containment barriers. Of course, for users with older open fixtures that accept Type-E lamps, this may be a hard pill to swallow, considering that protected lamps may cost upwards of 20% more than their unprotected counterparts.

NEMA LSD 25 goes on to discuss “Practices for Minimizing Risk from Metal Halide Systems”, which I believe insurers may want to distribute to their affected insureds. These practices are paraphrased or directly quoted here, with my comments and observations interspersed:

I note that this is contrary to people’s common experience with household incandescent lamps, where a lamp is only replaced when it stops working. This practice is likely seen as an unnecessary cost by people that don’t appreciate the risk or the reasoning behind it, which is that,

“…group re-lamping at or before lamps reach their published rated life removes these lamps from service before the point in time when the probability of arc tube rupture increases. Although many lamps will last thousands of hours beyond their published rated life, the quartz arc tube and internal chemical (metal halide salts) continue to react at the high temperatures inside the arc tube. Thus, deterioration (devitrification) of the quartz tube continues to the point where violent arc tube failure may occur.”

Also, users sometimes experience arc tube ruptures at their facilities that don’t ignite anything and so they falsely perceive that this is a relatively benign event.

Insurers could, I imagine, require record keeping regarding when lamps are replaced to verify that this recommendation is being undertaken.

The reasoning for this practice is that,

“Cycling the lamps helps to cause the lamps nearing end-of-life to fail benignly. As lamps age, stresses in the quartz gradually increase due to the quartz devitrification. If the stresses are severe enough, they can cause the arc tube to crack. Under operating conditions, the combination of a crack and high pressure in the arc tube can cause a rupture. However, if the lamp is periodically cycled, the cooling down or heating up of the arc tube can cause those cracks to propagate while the internal pressure is low, preventing a violent failure.”

It is common, after a loss, to discover that the subject luminaires had been operating continuously, maybe for several years. Some 24 hour operations will find this practice difficult as all the fixtures in a given area may be on the same circuit and electrical system modifications may be necessary to accomplish this recommendation.

All too commonly, I see racks of stored combustibles immediately below if not in contact with or extremely close proximity to HID luminaires.

I hope that this has been illuminating and that this information makes its way to owners and operators of HID lighting systems.

[1] Note: in lighting industry terminology, luminaire refers to the complete lighting unit (fixture and lamp), whereas lamp refers to the replaceable lighting component (i.e., the “light bulb”, in lay terms). Thus to relamp is to replace the bulb.