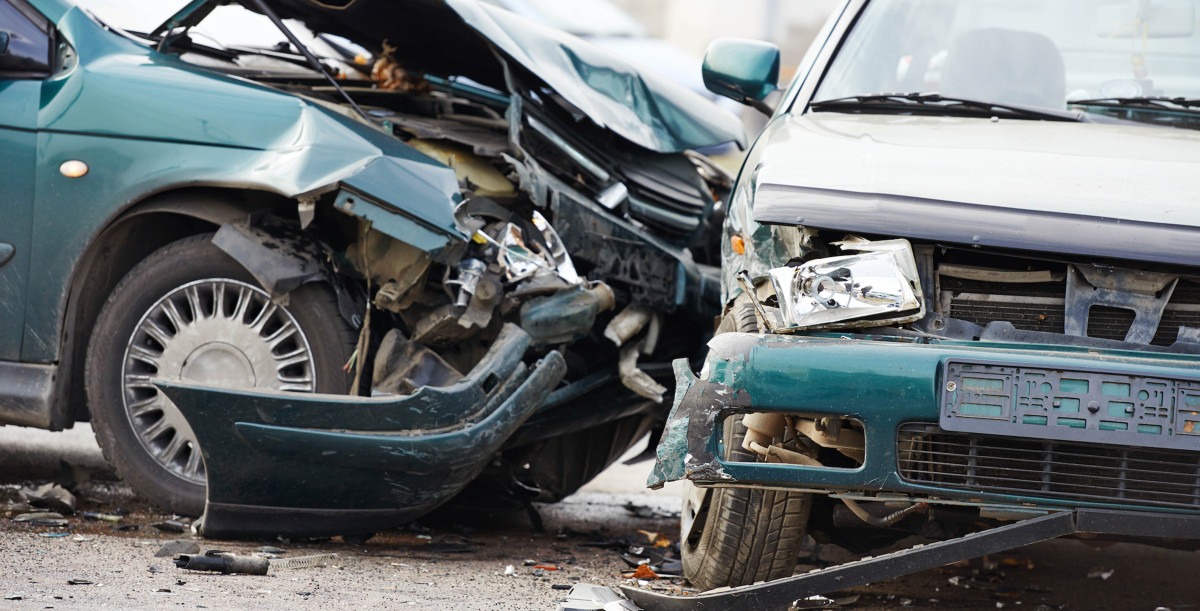 Imagine yourself driving home this evening, and you realize you forgot to pick up some groceries.  There’s a grocery store on your left, so you turn your left turn signal on and wait for oncoming through traffic to clear the roadway.  As you’re waiting, a car with the right-of-way stops and flashes its high beams at you.  You find this odd since the person could have just driven through. You shrug this off and think to yourself  “That person’s so nice to let me through!” … however; you’re about to become the victim of a staged car crash.

How car crashes are being “staged” has evolved over the years.  At first, the fraudsters would buy two different wrecks that weren’t even involved in the same crash and allege that they collided.  After that stopped working, they would actually crash two vehicles together.  However, it is difficult and dangerous to crash two moving vehicles together, so oftentimes one of the vehicles would be stationary.  Staged crashes have evolved even further to targeting innocent drivers, as in the scenario described above.  After the innocent driver starts to turn their vehicle becomes blocked by a “blocker vehicle”, and the side of the innocent driver’s car is driven into.  The scenario is set up this way so the innocent driver appears to be the at-fault driver since they are turning, and the fraudster will undoubtedly have various witnesses attesting to that fact.

If you are investigating a claim with this described scenario, we can help you determine whether or not this is a staged accident.  We can get clues from the damage to the vehicles, or photographs of the collision scene showing the vehicles at rest.  In these cases, the best evidence often comes from the “black boxes”, if available.