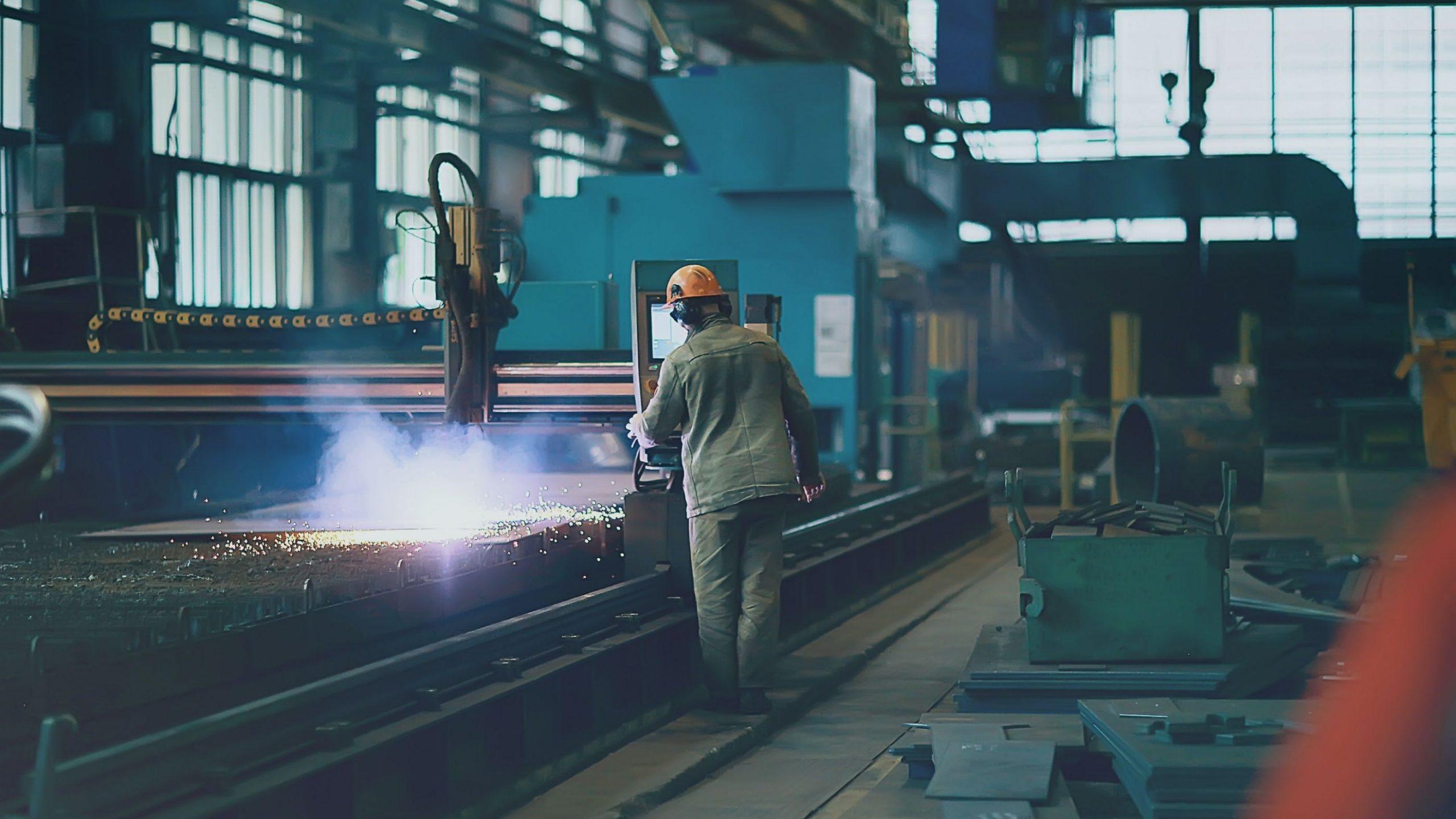 What Does a Metallurgical Engineer do?

Are you familiar with metallurgical engineering careers? Well, it’s safe to say that engineering is, in general, a difficult job. Taking an undergraduate program in engineering at a university already seems challenging. That’s because engineering in itself requires a firm understanding of the sciences.

What Kind of Job is Metallurgical Engineering?

Metallurgical engineering, along with the aforementioned geological engineers and mining engineers, is engineering geologists who work with the logistics involving mining and finding mines, both old and new. They also work in planning mines, how to restructure them while the process goes on, and how to plan and use them safely. When it comes to logistics, these engineers work together to correctly and efficiently plan the whole process of moving materials outside and people in and out day by day. Metallurgical engineers are also responsible for checking the construction of brand new shafts inside built mines, supervising the production and efficiency of the mineworkers to check if the mining process needs improvement. These are just some of their many duties and responsibilities.

Metallurgical engineers share their knowledge of mining and metals to solve any problem regarding the efficacy of relevant processes and the quality of metals. They do this using a process called failure analysis. Component failure analysis involves doing plenty of research and figuring out the source of a component failure. In turn, a metallurgical engineer is responsible for developing a set of recommendations for improving the overall performance of necessary process pipelines and avoiding common problems. Sometimes, a metallurgical engineer works together with other engineers or technicians from a production company. Meanwhile, some work with scientists in a laboratory for specific research and development projects.

How to Become a Metallurgical Engineer

When going to college or university, picking the correct major is a crucial step to pursuing your dream of becoming a metallurgical engineer. As mentioned, the most common college majors for a metallurgical engineering job require a bachelor’s degree, sometimes a master’s degree. A company will need you to have a doctoral degree or an associate degree on rare occasions.

Sometimes, you need to hone some other skills before becoming a metallurgical engineer, which will require you to apply for other jobs. In this case, the most common one is for a metallurgist job. But you can also take on an engineering internship or a research assistant role.

What Degree Programs Should I Take to Become a Metallurgical Engineer?

Many universities and colleges offer programs related to metallurgical engineering. Eligibility criteria for admission to these programs include a student passing a qualifying examination from any recognized board with educational programs related to physics, mathematics or chemistry as main subjects. There should also be a minimum aggregate mark of at least 50 percent. Some colleges will require the student to have completed a bachelor’s degree in a field related to metallurgical engineering, along with a minimum aggregate mark of 50 percent.

If you’re still in high school, focus on the hard sciences like math and physics. College students should take an engineering course and apply to a college that provides a couple of academic units with undergraduate or a postgraduate degree in geological, metallurgical or mining engineering. The average metallurgy courses in Canada related to these jobs will often include math, physics and geology. But later on, they could start honing your knowledge and skills in mining safety. If you applied to a college that doesn’t provide these engineering courses, you should opt for an elective or a minor in math or science-related subjects.

When you reach the postgraduate level, you’ll be free to enhance your knowledge further to become relevant in the career of your choice. Of course, a master’s degree is also preferred because it’s pretty essential in workplaces where there’s a considerable demand for metallurgical engineers. If you’re a person who wants to take full advantage of your job and find greater responsibilities, then a master’s degree would be significant for the development of your career. Because this is a theoretical and practical job, post-graduate and undergraduate students alike will need to finish plenty of project work and fieldwork. Master’s degrees will also require you to create a thesis.

Metallurgical engineers are required to perform a wide assortment of technical and specialized skills. These all tend to be unique to the employer, the company, and the job itself. As a metallurgical engineer, you can learn more about these skills, thanks to a good combination of work experience and formidable education. However, being excellent in math and problem-solving can be pretty helpful. Another skill you need to master is a working knowledge regarding the metallurgical process, metals themselves, the various testing methods done in labs, computer software, safety standards and using appropriate lab equipment.

What’s more, since these metallurgical engineers tend to work in teams to see what’s behind an inevitable material failure and search for new methods to improve a product’s efficiency, they must be able to have the right set of communication skills. This allows them to articulate their findings more straightforwardly and make recommendations to their fellow metallurgical engineers and different companies and clients.

Metallurgical engineers, notably metallurgical engineering managers, also have to handle and supervise large projects related to mining, so they can share their opinions or give advice. They must also readily solve any issue that the project encounters. This position allows them to show off several skills needed for an entry-level position.

Should you land that metallurgical engineering job, here is what to expect:

Metallurgical engineers are also known to initiate and work on manufacturing metals or ores. They must also learn how to operate the production equipment needed to extract these metals from the ground and basic knowledge of lab equipment and lab safety. A metallurgical engineer should also perform analysis and conduct lab tests to help other engineers or employees and interns develop brand new or improved versions of metals and alloys. They should also know how to apply these metals and alloys in their respective products and which products they’re good and bad at. They typically report to a manager or supervisor and are required to give presentations. To gain skills, a metallurgical engineer must gain exposure to a couple of complex tasks found inside their job and its functions. Some workplaces that hire metallurgical engineers will require at least 2 to 5 years of working experience.

While you move along your career path in metallurgical engineering, you can now begin to take on some of the job’s more complex responsibilities. And eventually, if your seniors like what you’re doing or are satisfied with your performance, they’ll start assigning you to leadership roles. Metallurgical engineers will figure out their career goals as they progress. For instance, they can begin as a process engineer, later achieve the title of manufacturing engineer, and then get promoted to a manufacturing engineering manager.

Other prestigious roles in the metallurgical engineering career path include:

Is There Job Demand for Metallurgical Engineers?

The demand for a metallurgical engineer job is expected to grow to 4 percent from 2020 to 2030. Even though companies could always use more engineers, and it is a widely recognized area of skills shortage, many companies will depend on engineers because they know more about mining in the core areas of industry. Perhaps among the things with the most significant impact that the job could have over the next couple of years would likely be a drop in demand for gas and oil. The prices for these two have already significantly gone down over the past five years, which means that an oversupply is on its way.

The divestment that’s happening around the globe could also have a huge impact on the demand for engineers and other jobs related to it. But instability in discovering or mining new metals could significantly increase uptakes in North American countries across the USA and Canada. This is because they still have to discover and use these newly-discovered materials and not depend on imports too much.

Where Do Metallurgical Engineers Usually Work?

In 2014, there were at least 8000+ professional metallurgical engineers, alongside geological and mining engineers in the USA and Canada. As described in this guide earlier, your work as a metallurgical engineer can depend on the company that offers you the job and where they’re based. For instance, you can be assigned to a remote mining facility, away from your family or friends. Or maybe you could start your first day of work at a gravel pit near an urban center. If you take on a laboratory or office-based job, you can be sent to a metropolitan area instead.

So it’s not surprising that metallurgical engineers’ biggest employers are independent engineering services. These facilities are usually privately-owned or privately managed, requiring engineers to look at their daily activities thoroughly. They can still work at the mines, but they are generally sitting in front of a computer in a lab or office, doing a combination of fieldwork and office work.

How Much Do Metallurgical Engineers Make?

Metallurgical engineer salaries in Canada as of this writing average out to about $88,567 per year. This job pays well and is worth the physical effort and required thinking skills. This means that the average metallurgical engineer in Canada gets at least $39 per hour. Of course, that yearly salary can change depending on your current location, how skilled you are at your job, your education, and your experience.

Engineering in itself is already a job that requires much of your time and dedication. Among all types of engineers out there, engineering in resources has got to be the highest one among all of it, not to mention the most profitable. When it comes to this type of role, the largest paying sector has got to go from the gas and oil industry since they’re known to pay, as of this writing, $138,380 a year. Certain support activities can help you further increase your yearly salary. A job in metal ore mining is paid just beneath the median, while salaries for metallurgical engineers who harvest coal are given at least $91,320.