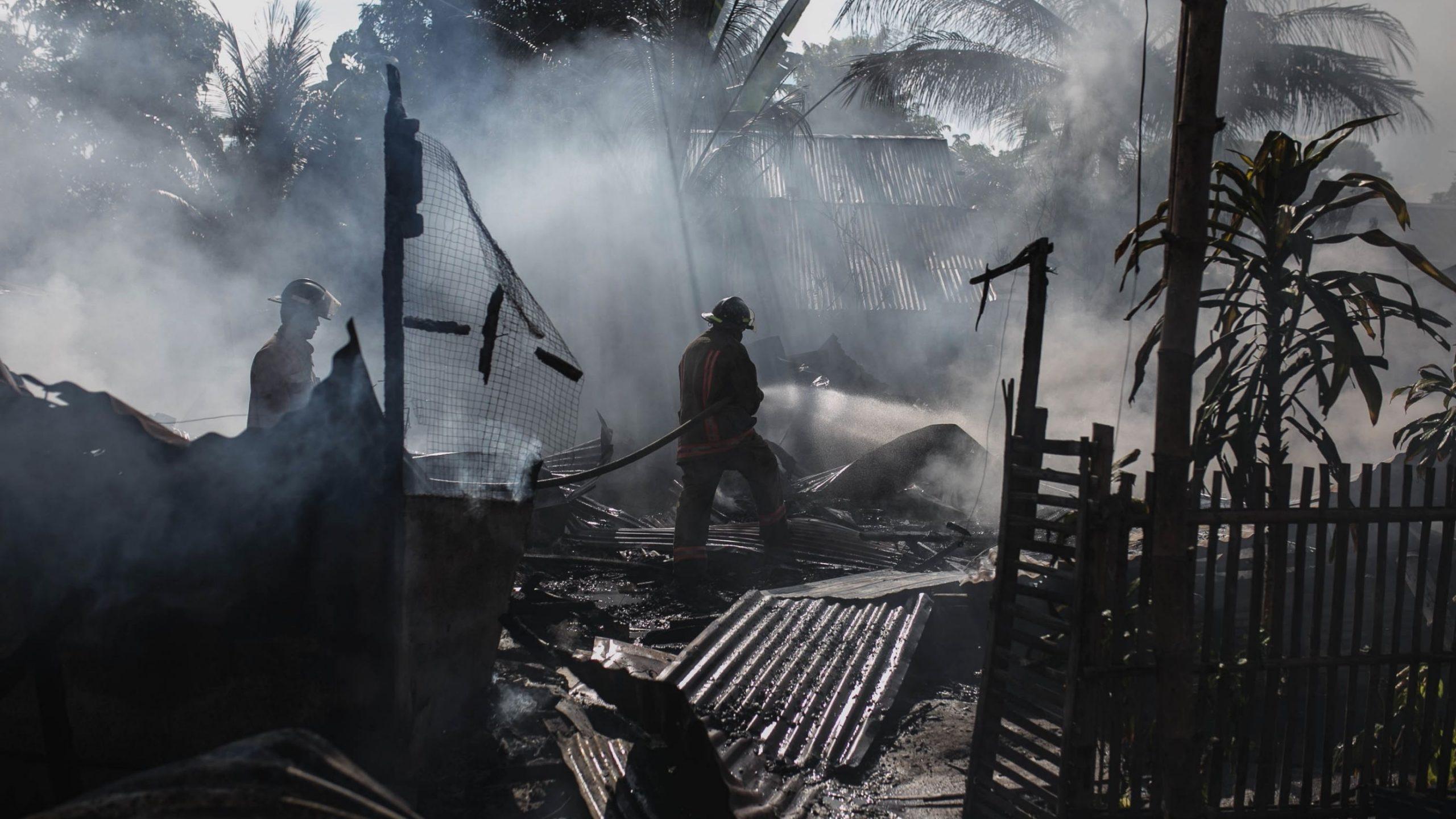 Which Natural Disaster Causes The Most Damage in Canada?

Natural disasters are any event that causes catastrophic damage, such as an avalanche, earthquake, flood, forest fire, hurricane, tornado, lightning, or volcanic eruption.

A natural disaster can be caused by the earth’s movements, and its’ severity is determined by several factors like casualties, economic losses, and the population’s ability to rebuild.

On the planet, we have recently experienced hurricanes, floods, earthquakes, tornadoes, wildfires, and tsunamis. The Economist reports that worldwide disasters have quadrupled since 1970, and floods have increased sixfold since 1980. In addition, the Insurance Information Institute reports a spike in insured and uninsured losses since 2000.

These natural disasters have hurt millions of people and permanently damaged property and the environment. In addition, we all bear the considerable cost of higher insurance premiums, taxes, and debt.

This article helps you to learn more about Canada’s most common disaster types and what causes the most destruction. 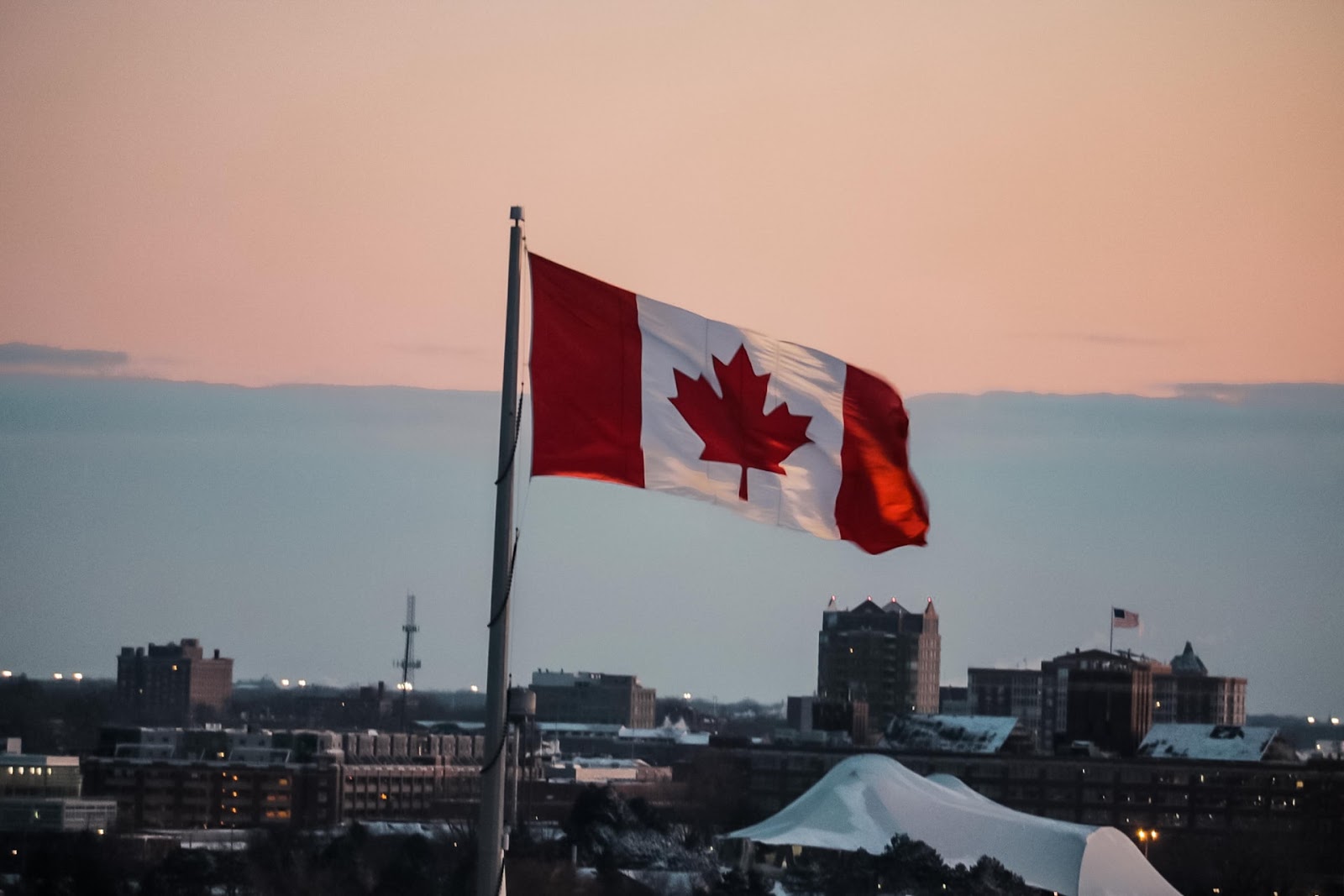 Throughout the earth’s natural disaster history, most natural disasters have been caused by weather conditions, eruptions, or shifting plates beneath the planet’s crust. Over the last century, Canada has had eight earthquakes of magnitude 7 or 8. The seismic zones of Canada, where most of the population lives, have a long history of earthquakes.

The west coast from Vancouver and Victoria north to the southern Yukon Territory, the Mackenzie Valley of the Northwest Territories, are danger zones. Not to mention the eastern Arctic Islands, as well as the southeastern part of the country- Ottawa, the St. Lawrence valleys, and offshore south of Newfoundland- are all areas of concern.

West Coast earthquakes are caused by the North American and Pacific Plates shifting 2-3 inches yearly. In addition, the Juan de Fuca plate is subducting beneath the continent to the south. This type of seismicity has the potential to cause large-scale earthquakes.

Continental plates are another source of insurable equity in Canada. For example, the Mid-Atlantic Ridge, which is pushing the North American plate westward, is thought to be the source of earthquakes in the St. Lawrence Valley.

It’s important to remember that many structures built before 1994 won’t be able to withstand an earthquake. Half of those constructed between 1960 and 1990 are earthquake resistant, but all constructions built before 1941 are still at risk.

Also, the hazard of conflagration from the spreading fire is quite severe. Cities with heavy populations like Montreal and areas with high wind speeds are most susceptible to this disaster.

In 1995, the property and casualty insurance market had sales of $17.6 billion (Canadian) and assets of $41 billion. In addition, natural catastrophes cost the Canadian insurance business an average of $1 billion yearly.

For example, a large earthquake in Vancouver might result in damages of $9-12 billion. In addition, damage inflation, repair of buildings to meet new safety codes, and the number of facilities designated a complete constructive loss for safety concerns would all contribute to a considerable rise in the loss.

British Columbia and the Yukon are home to most of Canada’s volcanic activity. Because of this, the threat presented by the volcanic eruption in this location is directly proportional to the type of materials released and the number of buildings exposed.

Since the last volcanic eruption, there has been minimal activity in this area. Volcanoes with gigantic, explosive eruptions are related to composite volcanoes, which are more dangerous. They can wreak havoc on hundreds of square kilometres of land.

The ash pouring is the most severe threat, but lava flow isn’t far behind. Ash may travel long distances. Buildings that aren’t built to handle such weight are at risk. Additionally, the plumes have the potential to impact aircrafts. Engine failure will occur if a jet encounters one.

There have been countless fatalities and billions of dollars worth of deterioration caused by landslides in the last century. Landslides can take place even in the flatlands of the nation. Rapidly moving debris like a fallen tree, asphalt shingles, and secondary impacts like river water damming and shock waves caused by landslides are all potential hazards.

Melting snow is the leading cause of spring floods, and they are Canada’s most destructive type of disaster on this list. The main fairway, Highway 1, which connects all of Canada- was destroyed by floods in 2021, it is still being rebuilt.

Urban flooding has a quick start, may affect broad regions and cause substantial impairment to property and people. For example, excessive rains caused a 3-day flood catastrophe in Quebec’s Saguenay River region. The flooded river generated more than $1 billion in losses. In addition, inadequate emergency drainage systems can lead to post-event damage from backup or runoff.

Flood-prone locations in Canada are difficult to depict because of the numerous possible sources of flash flooding. However, southern Ontario, Quebec, and the southern half of British Columbia isolated South Saskatchewan and Manitoba areas can be flagged as areas of concern.

The United States has a higher incidence of tornadoes than Canada. Despite this, no F5 tornado has ever touched down in Canada, and most Canadian tornadoes fall below the F3 threshold.

More than 70 tornadoes affect the populous regions of Canada each year, with the majority occurring between April and October (June and July are the most active).

Southern Ontario is the most dangerous tornadoes, followed by southern Alberta, southern Saskatchewan, Manitoba, northeastern Ontario, and western Quebec. However, most Canadian tornadoes have been noted to be weak (just nine tornadoes classified as F4 in Ontario). Therefore, they do not leave significant damage in their wake.

On the other hand, two recent tornadoes in Ontario and Alberta damaged over 1,000 buildings. They inflicted destruction of up to $300 million in 1985 Canadian dollars. Similar occurrences adjusted to contemporary demographics, wealth, and inflation are predicted to result in losses above $1 billion.

Hailstorm is most common in Western Canada, the southwestern Ontario region, and around Calgary. Hailstorms can occur up to 10 times a year in certain areas. Hail forms after a thunderstorm. Hailing storms strike the rest of British Columbia, Ontario, and the Plains less frequently.

Hailstorms in the Eastern region of Canada are less severe because of the ocean impact, which inhibits huge hailstones from developing. The most prevalent time for hailstorms, which typically last six to ten minutes, is in the late afternoons from May through July.

Crops, the roof of homes, and vehicles owned by farmers face the most danger. Small hail pellets may be just as devastating to crops as huge hail pellets. People and animals can be injured and crops destroyed by hail that travels up to 130 kilometres per hour.

The Calgary hailstorm of September 7, 1991, has caused the most insurable loss in Canada (item 2 on the map). An estimated $450 million in damage was produced by a 30-minute storm (Canadian National Report 1996).

Canada may see more and worsening droughts in the coming years. As a result of a lack of rainfall, which generally lasts for a season or more, there is not enough available water for vegetation, animals, and humans.

While drought continues to be a problem in western Canada, remediating it is becoming more common among people. However, drought is expected to grow in number and severity in new places, and the impact on Canada’s forests will be huge.

Even when they cross the border, hurricanes in the eastern part of Canada are just a fragment of their previous versions. As a result, they release heavy rain and powerful winds that produce floodwater as they move through. If you’re travelling during a cyclone, be careful when driving on dark rainy roads.

Astonishingly, even typhoons in Asia can make their way across the Pacific and hit British Columbia. For example, there was significant property damage in the 1962 typhoon that struck Victoria and Vancouver, British Columbia, Canada.

Cyclones in the mid-latitudes have a more significant impact on the country. Storms that originate outside the tropical zone can impact Canada at any time. However, they are most dangerous during the winter.

Blizzards and freezing rain (i.e. glitter storms) are expected during the winter, therefore, don’t forget your winter tires. In contrast, intense rainstorms and tornadoes are common throughout the spring and summer.

The Great Lakes and Canada’s Atlantic and Pacific shores are regularly affected by mid-latitude storms. Much destruction is caused by wave movement in the coastal areas. Marine infrastructure (oil rigs, ships, etc.) poses the greatest threat to the maritime environment.

Most of the damage has been done in British Columbia and to the boreal forests of Ontario. It has also affected Quebec, the Prairie Provinces, the Yukon, and the Northwest Territories.

Fort McMurray had a wildfire in May 2016 that was particularly catastrophic. It was responsible for the destruction of 2,400 buildings, the clearing of about 6,000 square kilometres of forest, and the forcible evacuation of 80,000 local population.

However, even though forest fires are highly destructive, a wildfire is a natural part of the forest lifecycle. They are essential for the regeneration of these ecosystems.

Geomagnetic storms occur predominantly in the upper northern mid-latitudes. They are thought to be one of the least known atmospheric threats. The sun’s flares are the direct source of these storms.

Electrons and proton plasma or solar wind, which are usually covered by the magnetosphere, may come into touch with the planet. The magnetosphere then directs these particles to the Northern hemisphere, where they can wreak havoc on some electric businesses.

For example, a severe geomagnetic storm hit on March 13, 1989, creating a massive power outage from northern Quebec to Montreal with damages ranging between $10 and $100 million. In addition to these effects, geomagnetic storms can cause satellite drag, a disturbance in-ground and satellite communication, problems with ship navigation systems, and the breakdown of orbiting satellites.

This can ultimately result in the loss of artificial satellites sooner than anticipated, as with SkyLab in July 1979. In addition, these storms may cause satellites in orbit to do phantom commands if not adequately avoided. This can result in significant delays or failures of the onboard computers.

The strength of the structure of the building is the main thing that needs to be considered whenever you want to purchase a commercial property. Perhaps your client is seeking the services of an architect or builder for a new building. No one wants a building that cannot endure the effects of natural disasters.

You must not take the construction of your house for granted. Suppose you or your home inspector have reason to believe there is an issue with the structure. Maybe you need a fire explosion investigation or a commercial construction permit. In that case, you should think about contacting a structural engineer.

We ensure that all applicable building codes and standards have been adhered to for disaster risk reduction.

We investigate any damage caused by wind, hail, rain and snow and take the appropriate measures. Our expert team of structural engineers assesses the level of devastation brought on by the blaze, explosion, ice damming, water damage, wind damage, snow load, vehicle collision, and ground movement and vibration. If you have additional queries regarding our services, contact us.