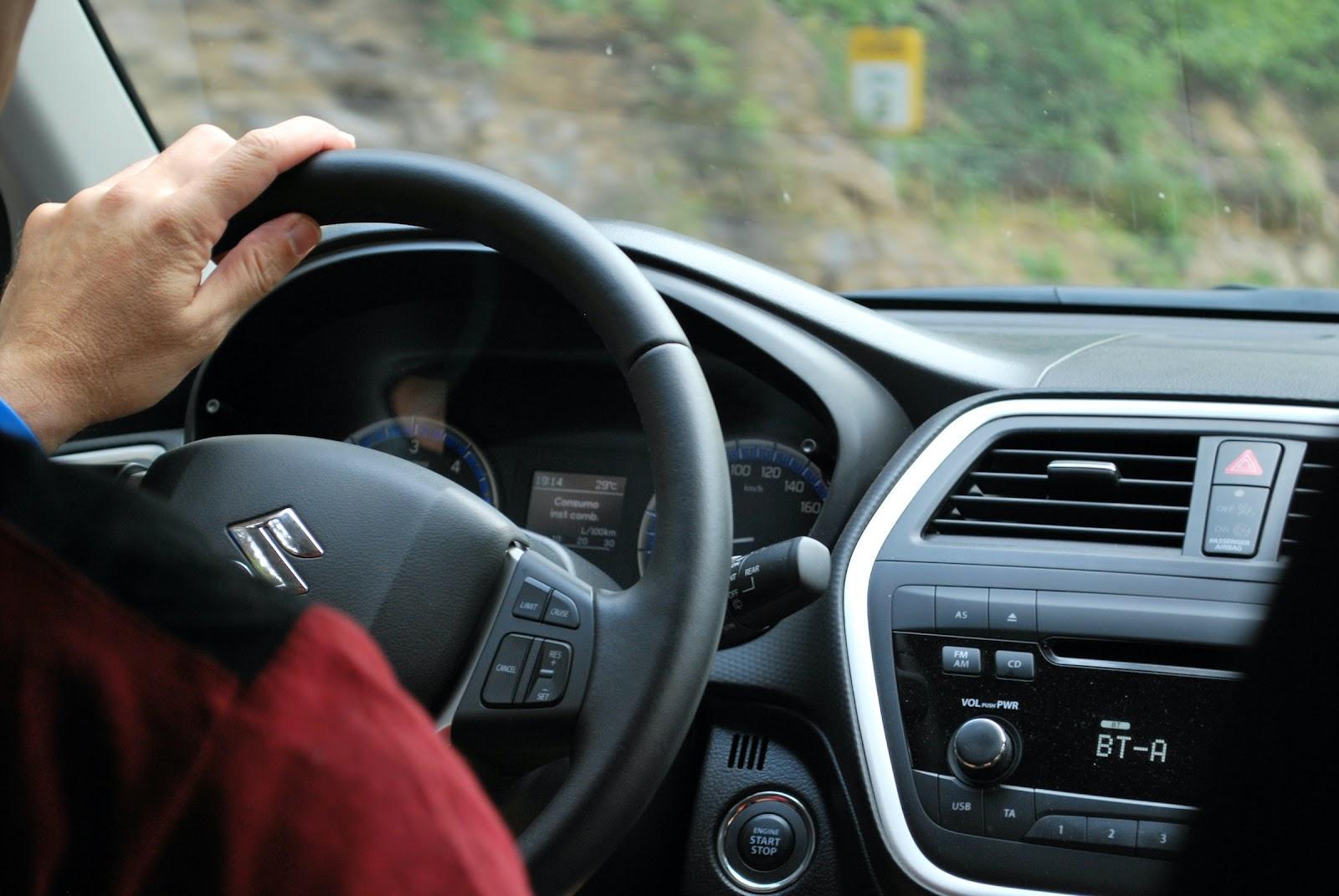 Who Is Liable When Your Airbags Don’t Deploy?

We work hard, save up, and finally buy a car, imagining all the fun places and adventures we will have. But we rarely consider what might happen if the airbags don’t deploy. No one really likes to think that one day, airbag deployment will determine their fate.


But life is not always a bed of roses. Bad things happen, and in order to survive and move on, we should be prepared. Airbags are specifically designed to serve this purpose, to save your life and your loved ones.


So what happens when airbags fail to deploy? In such cases, you may suffer severe head and upper body injuries, which can even lead to death. But what are the chances that airbags won’t deploy during an accident?


Here we help you learn more about airbags, how they deploy, and what you can do after your airbags fail to deploy.


How Do Airbags Work?


Airbags are protective additions designed with seat belts to provide maximum safety during a crash. Frontal and side-impact airbags deploy in moderate to severe crashes, but they may deploy in minor ones as well.


Generally speaking, moderate to severe crashes include those equivalent to hitting a parked car or a fixed barrier at 8 to 28 mph. During such crashes, the airbag system’s electronic control will send a signal to the inflator.


Next, the igniter will begin a chemical reaction that produces a harmless gas. Eventually, this gas will deploy the airbag in a matter of seconds (less actually, in 1/20th of a second.)


Since airbags deploy very quickly, they can cause severe or even fatal injuries as well. So it is vital to always use seat belts to avoid any possible harm caused by airbags.


The front airbags located in the steering wheel and dashboard are designed to work in frontal accidents. These airbags deploy to protect the passenger or driver’s upper body and head from hitting the hard structures of the car.


The former is vital since it protects the head from a striking object. The chest and neck protecting side airbags inflate to prevent the occupant’s neck and chest from hitting different parts of the vehicle, the striking car, or a pole.


So if airbags are designed to deploy during an accident, what happens when they don’t? Well, airbag activation during a car crash depends on different factors. For example, your speed, other cars involved, the accident direction, how old your airbags are, etc.


Keep reading to learn more about why airbags fail to deploy during an accident.


We mentioned how airbags deploy in a moderate to severe crash. But that might not be the case with all airbags. Counterfeit airbags are a serious cause of severe injuries in accidents. However, they only account for around 0.1 percent of vehicles.


If you have recently had your airbags changed in a repair shop or bought them from an online store, there’s a chance you have fake airbags installed on your car.


The Characteristics of the Crash


Airbags aren’t designed to deploy in all car crashes. Sometimes the accident isn’t severe enough to require airbag protection. Other times the passenger has worn a seat belt which can provide adequate protection in certain accidents.


Another common reason why airbags fail to deploy is faulty sensors. Airbag sensors detect the motion and force of a possible crash and send a signal to allow airbag deployment.


But when sensors are not installed properly, or they’re defective, they will not be able to detect the crash and begin the inflating process.


Electrical problems could also cause deployment failure in airbags. If the wiring system that connects the sensors to the airbags is disrupted, the control unit can’t send the signal to the inflator, which deploys the airbags.


It would be the most likely explanation if only one airbag failed to deploy during the crash while the others inflated properly. To learn more about the technicalities of your car and other electrical problems you may face, make sure to check out our post on Motor Vehicle Fire Investigations.


Sometimes, airbags don’t deploy because they haven’t been replaced after a previous crash. If you’ve bought a used car from a private sale, check everything, including its airbags.


It’s not always clear why airbags fail to deploy. There are many possible issues during the manufacturing process that may lead to airbag failure. Other possible reasons why airbags may fail to work include the following:


When airbags fail to do their job, drivers and passengers may undergo severe and even fatal wounds. The most common injuries are to the head and upper body:


Head: Injuries to the face and head can be extremely dangerous. In a severe car crash, the head will hit the side of the car, which may lead to vision damage, face scars, concussions, traumatic brain injuries, and even death.


Chest: During an accident, there’s a great force on the upper body. This can cause broken bones or tissue damage in the chest.


Internal system: When airbags don’t deploy, even a moderate collision can cause internal bleeding and severe damage to different organs.


Neck: The most vulnerable body parts in a vehicle accident are the back and neck. In a crash, your body is thrown forward, leading to severe spinal cord damage, herniated discs, and whiplash.


Note: If you have recently experienced a car fire, our experts are here to help. Check out Roar Engineering Vehicle Fire Investigation Service for more information.


Although airbags are designed to protect us from injuries, sometimes occupants can be harmed when airbags deploy. This may happen due to a faulty deployment or even when everything is working perfectly.


Injuries can happen to different body parts depending on where the occupant sits and whether she is seat-belted or not. Here are some of the most common injuries caused by airbag deployment:


What happens when airbags don’t deploy? Do you have a case? The answer is yes. If your airbags fail to protect you, it’s time for you to pursue legal action. However, there are different parties you may see here.


Legal actions can often be confusing. That’s why a reliable law firm can be a great help. However, here is some information on legal actions you can take after an airbag failure.


Who Is Liable for Airbags Failure?


First, you need to know who is responsible for your car crash and who you want to sue. If there’s a negligent driver involved, you can legally ask for compensation.


Additionally, if you have injuries due to airbag failure, you’re eligible for a claim against your vehicle or airbag manufacturer. To sue and succeed in an airbag that didn’t deploy, you need to prove the following.

You and your lawyer should prove each element on account of probabilities. Providing liable evidence is the key to a successful case. Sometimes it’s necessary to have your car or airbags checked for defects.


Remember that these cases are highly complex, and the airbag manufacturer will strongly defend against your claims. So be patient and be ready for all sorts of difficulties along the way.


Gathering Evidence for a Crash Case


A lawsuit should be followed step by step to prove that airbags didn’t deploy. So you must collect enough evidence and information. In this stage, your legal team may visit and reconstruct the crash scene to show the court how airbags failed to deploy.


Additionally, they may ask engineers, doctors, or car designers for their expert opinions in court. To build a strong case, you also need to have the following list:


No doubt, airbags are an essential life-saving component in every car. Between 1987 and 2017, airbags deployment saved more than 50,400 lives. But there are times when airbags don’t work as they should. And due to their vital rule, this can have some serious consequences.


So if you or your family members have suffered additional injuries caused by airbags failure, there are legal actions you can take. Here we tried to help you get familiar with some basics of an airbags failure lawsuit.


However, call your trusted legal firm for further pursuit and ask for advice. Moreover, if you’ve recently been through a vehicle accident, our Expert Team in accident reconstruction is happy to help you.


With years of experience in this field, you can now lay back and leave your car in the trusted hands of Roar Engineering Accident Reconstruction experts. If you have any questions or problems, don’t hesitate to contact us. Our customer team is on standby to answer your questions.


Who Is Liable When Your Airbags Don’t Deploy FAQ


What if my airbags didn’t deploy?


Airbags are designed to deploy in moderate to severe collisions. However, a fault in the wiring connection, inflation system, or sensor can sometimes interrupt the inflation process. When this happens, you may have a case against the airbag manufacturer.


When the company’s negligence in designing or manufacturing has caused additional injuries and damages to you and your loved ones, you can file a lawsuit asking for compensation. However, these cases can be very complex and time-consuming.


Do airbags deploy if no one is in the car?


Front airbags are designed to only deploy when sensors detect an average size person on the seat. However, when there’s a side collision, the passenger’s side airbag will deploy even when no one is in the car.


The side airbags work best only when front-seat passengers wear their seat belts and sit back in their seats upright.


How much force does it take for airbags to deploy?


For those who haven’t worn their seat belts, frontal airbags will usually deploy in an accident equivalent to the impact of crashing into a wall at 10-12 mph. Seat belts can provide a great amount of protection, so for belted passengers, airbags typically deploy at about 16-18 mph.


Compared to frontal airbags, side airbags deploy much more quickly. The airbag deployment threshold can reach nine mph to provide protection from the sides. However, usually for car-to-car crashes, the threshold is about 18 mph.


What does no airbag deployment mean?


Sometimes front and side airbags don’t deploy when they should. This can happen due to various reasons. If the crash has been between moderate to severe and your airbags didn’t deploy, the chances are high that you have a fake or faulty airbag.


Fake airbags are usually installed on your car in repair shops or are pre-installed when you buy a used one in private sales. Moreover, new airbags can fail, too, due to problems in designing and manufacturing.